The future of milk is … milk? 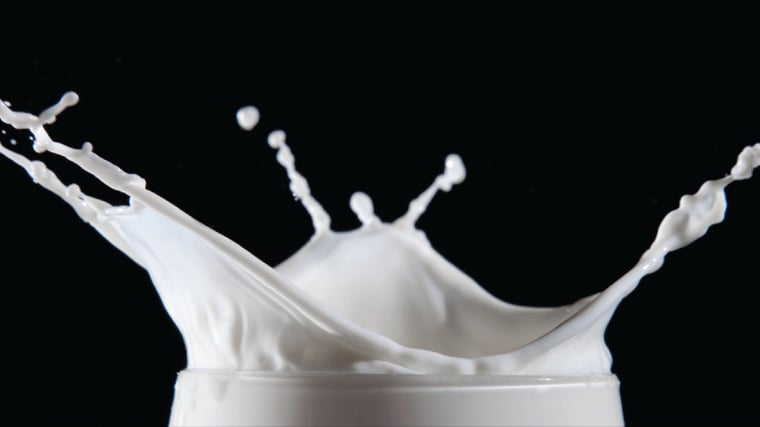 Milk is polarizing: To some, it’s a refreshing beverage that pairs well with cookies. For others, it’s a cursed liquid that causes tummy troubles. Even with the shelves of alt milks crowding grocery store coolers these days, the U.S. milk industry is a $15 billion category with 90% penetration, according to John Talbot, the CEO of the California Milk Advisory Board.

However, the industry is not known for sustainability or breakthrough creations. Milk processing plants focus on one thing — do it well and do it efficiently — but don’t do small runs or get involved in product development or innovation. It’s taken a while for the industry to realize that there’s a need for ingenuity, but it’s now embracing fresh ideas, Talbot said.

He believes some of that has to do with the fact that the milk category is declining for a number of reasons: Fewer children, the biggest milk drinkers, are being born, and more people are choosing faster breakfasts over sitting down for a bowl of cereal. That’s not to mention the aforementioned number of alt milks out there. But it’s not just dairy alternatives — water plays a big role in people’s drink choices, too, Talbot added.

Seeing a need for innovation, the California Milk Advisory Board turned to those who do it best: startups.

The organization has been hosting the Real California Milk Excelerator for the last four years to find interesting use cases for dairy and to connect entrepreneurs with processors so that there is engagement on both sides.

“We now rely on ideas coming in from these entrepreneurs to help processing plants through the innovation process,” Talbot added.

Two years ago — back in my Crunchbase News days — I wrote about the rise of dairy alternatives and a startup competition held in New York to kick the tires of the startup world and see who is using traditional milk in interesting ways.

One of the companies on the list is Wheyward Spirit, a Sonoma-based company that creates a clear, upcycled specialty spirit distilled from whey.

Emily Darchuk, Wheyward’s founder and CEO, told TechCrunch that the dairy industry does skew conservative when it comes to innovation but that rethinking the food system as a whole, with farmers playing a critical role, “is going to be awesome for the future of dairy.”

Prior to starting Wheyward Spirit in 2020, Darchuk was a food scientist working in product development when she observed a movement to translate consumer needs into tangible products. She saw people going from large companies to smaller companies to try and solve this need.

“Commodity needs shifts can impact the food we are making, and many of us are asking if there is a way to balance that for good,” she said. “We fit in with Wheyward in the way dairy is going.”

She explained that there has been a decrease in fluid milk use but an increase in other kinds of products, like cheese. Wheyward aims to use dairy products in a sustainable way, for example, using the “nutritious yet underutilized whey to add value to its products,” Darchuk added.

The flavor is created via fermentation and has oaky vanilla and warm spices as the finishing notes, according to Wheyward’s website. What results is a spirit that has a softer, more velvety texture that can be used in place of vodka, gin or rum, or sipped straight.

One of the unique angles to what the company is doing is that it is taking a highly perishable product that would typically go to waste — whey — and giving it an infinite shelf life in a bottle of alcohol.

Wheyward is doing it in a modern way, too. Darchuk said the alcohol industry is still operating like it did in the Prohibition era of the 1920s and that her company is doing a lot to bring the industry into the present and even the future.

That includes tapping into a sustainable agriculture base, which is what she thinks helped Wheyward stand out among the Real California Milk Excelerator applications. In fact, she said her company “is the first and only company [among Excelerator participants] able to use the California Milk Advisory Board seal as of January 2022.”

“They liked the agriculture background because not all food and beverage entrepreneurs have that,” Darchuk added. “We presented a progressive idea, and our goal is to have something that is super versatile and is a trusted spirit behind the bar.”

Pour one out for milk investment

Certain research puts the dairy alternatives market at $44.89 billion by 2027, growing 11% each year. That compares to the dairy market, which is expected to reach $1.13 trillion by 2026 but only grow about 5% each year.

Venture capital investment into alternative proteins, which is where “dairy alternatives” are grouped, is slower, but has been on the rise. Food Business News reported that to be just over $1 billion in the first half of 2022. Crunchbase listings show nearly $1.5 billion invested in dairy companies across about 157 investments since 2017. The deal count and funding amounts are likely higher because not all investments are captured.

Brett Brohl, managing partner of Bread and Butter Ventures, told TechCrunch that traditional milk continues to be a growing market, driven in large part by developing countries. He noted that last year, most U.S. milk was exported overseas.

“Overall, demand for milk is growing just as quickly as alternative dairy products,” he added. “The majority of new product innovation is high-protein, new-consumer products or lactose-free milk products.”

He points to Coca-Cola’s fairlife ultra-filtered milk brand, which was estimated to have hit $1 billion in retail sales at the beginning of 2022.

The California Milk Advisory Board’s Talbot believes similar innovation will happen elsewhere. Much of today’s focus is on the 13 macronutrients, including calcium, potassium and phosphorus but will shift to the hundreds of micronutrients that are available in milk. Things like lactoferrin, which is found in higher concentrations in colostrum, the first milk made by humans after a baby is born.

“Currently, those are very hard to extract, but if we can create the research to do that, all of a sudden we will have all kinds of potential product development opportunities,” Talbot added.

Brohl also highlighted one of Bread and Butter’s investments, Milk Moovement, a raw milk supply chain company that raised $20 million in July. Bread and Butter was part of the company’s seed round in 2021.

Brohl was interested in Milk Moovement because while traditional milk isn’t going away, its supply chain and needs are changing. That includes making sure the product gets to the right place to reduce losses.

There is also a lot of innovation on the sustainability side, he added, from reducing the dairy industry’s carbon footprint to even putting things in a cow’s mouth to catch methane.

Meanwhile, Heather Gates, national managing director and private and emerging growth practice leader for Deloitte, told TechCrunch that she is seeing more investment into dairy alternatives than traditional milk but did say that it is time for someone to take milk and “redeploy it in a meaningful way that’s going to help suit the needs of the global focus.”

Similar to Brohl, she is seeing investments pick up in ancillary markets, what Gates called the “picks and shovels” relating to storage management and time to market.

“Those things are starting to get funded to extend the life of these precious assets called food that need to get to people all over the globe,” she added.